Pierre Hermé appointed Chairman of the Education Committee at Institut Culinaire de France
17 June 2020
Pierre Hermé has been appointed Chairman of the Institut Culinaire de France Education Committee. With immense know-how and infinite creativity, the “Picasso of Pastry” as he is described by US Vogue, will, from September 2020, supervise student programmes at the new school of confectionary arts in Bordeaux in terms of training and professional development.

The role of transmission and education in a unique profession

As part of his new role, Pierre Hermé will chair the Institut Culinaire de France Education Committee. As such, he will have an advisory role for the teaching teams in order to share the highest level of quality in the transmission of know-how.

Students will have the opportunity to attend several of his lectures during their training. They will have the honour of receiving their diploma from Pierre Hermé at the end of their studies.

As a veritable ambassador for the Institut Culinaire de France, Pierre Hermé embodies the school's ambition of striving for excellence in the practice of the confectionary arts and daring to develop an eponymous brand. His exemplary career is an inspiration for the students.

With "pleasure as his only guide", Pierre Hermé has invented his own universe of flavours, sensations and pleasures. The man that American Vogue called the “Picasso of pastry” creates modern pastries, recognised the world over.

As the fourth generation in a line of Alsatian bakers and pastry chefs, at the age of 14 Pierre Hermé arrived in Paris to undertake an apprenticeship with Gaston Lenôtre. His thirst for learning opened many doors. Exploring the secrets of the profession, he gradually worked his way up in the great Parisian House.

His career continued with other big names, notably Fauchon where he was the head pastry chef for ten years before founding Maison Pierre Hermé Paris in 1997.

As an inspired creator, Pierre Hermé shakes up the traditions of the trade, doing away with elaborate decorations taking up too much space; using sugar like salt, as a seasoning, to reveal other nuances of taste; re-assessing his work every day, exploring new flavours, mastering new ingredients and revisiting his own recipes.

Within his creative workshop, Pierre Hermé creates tastes and flavour associations like an artist. He begins his creations with a sketch, just as a fashion designer would. He writes down the recipes and adjusts the ratios. Alongside him, pastry chefs carry out tests, until they arrive at the desired result.

From enjoyment and encounters, to reading and travel, fragrances and textures... Pierre Hermé is curious about—and is inspired by—everything. His work and his audacity make him one of the great names in French gastronomy today.

Voted the World’s Best Pastry Chef by the World’s 50 Best restaurants in 2016, the pastry chef-chocolate maker brings his technical mastery, talent and creativity to gourmets around the world... and beyond! In 2017, Pierre Hermé sent the first macarons into space for astronauts at the International Space Station. 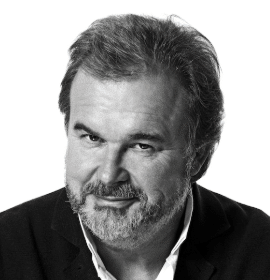 Trained by the famous pastry chef Gaston Lenôtre, Pierre Hermé is appointed head pastry chef at Fauchon after ten years of apprenticeship. He soon receives numerous distinctions: Gault et Millau’s award for best chocolate cake (1987), Gold Medal of the Académie du chocolat (1996), nomination for “pastry chef of the year” (1996), winner of France’s 10 best chocolate makers by the Club des Croqueurs de Chocolat (1997), voted “the world’s Best Pastry Chef” by the World’s 50 Best restaurants (2016). He founds Maison Pierre Hermé in 1997 and opens his first store in Tokyo. His first book “Desserts by Pierre Hermé”, published in the United States, contributes to make him a world-famous personality. In 2002, he opens his first parisian store. He has now 58 all around the world.
01 March 2021

Passionate about pastry, Charlotte gave up her career in human resources to devote herself to her plan of opening a biscuit shop and tearoom, which she has been working on for over five years. Her signature product is the cookie, in all its forms. But the health crisis slowed her down just as she...

The student training shop has opened its doors!

Long-awaited since the opening of the school, the student training shop welcomed its first customers on Tuesday. With its cosy atmosphere and refined decor, the shop aims to highlight the students' gourmet creations, which the people of Bordeaux will soon be able to enjoy.

Clément Jolin, Business Game winner: "My project is to bring forgotten pastries back to life”

At the beginning of 2021, Clément Jolin, from the Pastry CAP course, won the first edition of Business Game, organised by the Institut Culinaire de France. Now a graduate, he has decided to embark on a project that aims to bring forgotten desserts back into fashion, starting with the Chantilly...